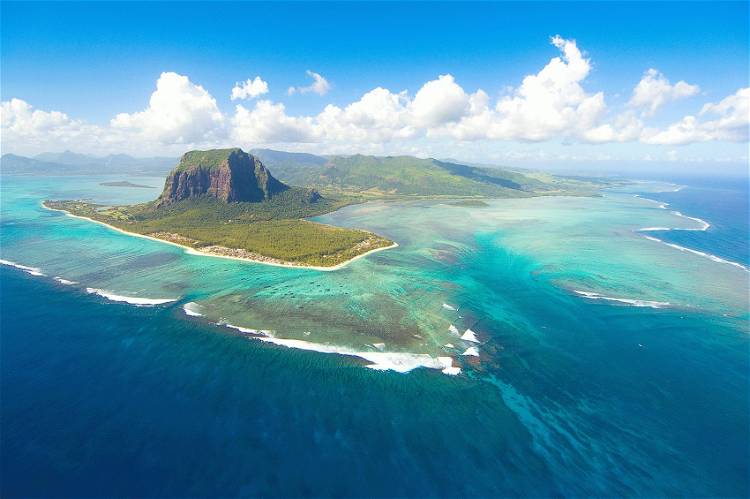 Call our experts
We're open tomorrow from 8AM
+16468465208
LET US CALL YOU
Arrange a convenient time for you
TELL US YOUR PREFERENCES
We'll find the perfect solution for you
Categories
WellnessFamilyHoneymoonsIndian OceanGolfers ParadiseCouplesMauritiusFoodAqua AdventureNatureBeautiful Beaches
Glittering white sand, ocean water in a tapestry of blues and a backdrop of lush green rainforest; at first glance you might be forgiven for thinking you’d died and gone to heaven. In fact, you’d have found yourself in Mauritius. Located some 1,200miles from the east coast of Africa, Mauritius is a tiny island paradise lost in the vast Indian Ocean. We’ve all heard of it, but what do we really know about it?
BY
Luxtripper Travel Editor

Of course there are the beaches, there’s no denying it, these really are some of the best you will find anywhere in the world. Sugar white, pristine and aplenty, the beaches surround the entirety of Mauritius. But what makes these so special is their surroundings; stand with sand between your toes and look up at a rainforest of emerald green eucalyptus which eventually gives way to a series of domineering rocky peaks. This is Jurassic World meets Shipwrecked.

Step off the beach, venture inland amongst the sugar cane and lily pads and you just might find a giant tortoise or maybe even a pink pigeon – really, a PINK pigeon. Mauritius is a playground for some of the most unusual and lovely wildlife on Earth, and who wouldn’t want to wake up to the sound of birds singing every day? Go to the Pamplemousses Botanical Gardens for optimum wildlife and nature wonderings. Plus, take a trip out into the water and you’ll find Mauritius’ real nature trump card – dolphins, whales and an ocean full of diverse and wonderful marine life.

The island is surrounded by one of the largest unbroken barrier reefs in the world and therefore offers world class diving opportunities. With a 330 kilometre round coastline there is ample opportunity to get out and see the pretty reefs, drift dives, wrecks, caverns, and coral arches for yourself. Many of the hotels offer diving facilities and will cater for everyone, from very beginners to those who have their own PADI qualification. Being submerged underwater and surrounded by colourful coral and thousands of fish is an incredibly surreal experience that comes highly recommended - give it a try!

If being underwater isn’t your thing then perhaps you’d prefer to be on it with a spot of water skiing or paddle boarding? Mauritius offers fun for everyone and plenty of opportunity to get the blood pumping with a variety of watersports options, quad biking tours and top courses to play a round of golf on. Or if it’s simply rest and relaxation you want, then look no further than the island’s fantastically serene spa facilities – massage on the beach anyone?

If you’re thinking about your stomach, a trip to Mauritius is like hitting the jackpot for foodies. As a result of its lack of indigenous population Mauritius is a real melting pot of cultures, it’s influenced by Indian, French, African and Chinese traditions simultaneously. Which means, when it comes to food, expect to be offered a real variety of fresh, flavoursome dishes. Aside from beachside mangoes, one that you’ve simply got to try is a hearty bowl of Bol Renverser, a tasty rice dish topped with chicken, vegetables and a fried egg, plus a side of fiery chilli – utterly incredible.

Incredible also is the view of Mauritius from the air. Or, more specifically, the aerial view of its neighbouring ‘underwater waterfall’. A sight to behold, this optical illusion looks as though there is a huge waterfall underneath the ocean, in fact it’s caused by sand from Mauritius’ Ocean Shelf being pushed off the shelf by the oceanic currents and into the ocean’s abyss. It really has to be seen to be believed! And if you’re seeking real waterfalls, the Tamarin Falls in south-west Mauritius is one of the most beautiful and most popular spots on the island.

So, whether you want a nature filled adventure, incredible wildlife, or simply a fortnight on a heavenly beach, Mauritius has you covered. Isn’t it about time this flawless, friendly island stopped being somewhere you’ve just heard of and instead became your next holiday destination?